Blood sugar after eating – why your postprandial glucose is so important

Postprandial blood sugar. Quite a mouthful, isn’t it? Apart from that diabetic tongue twister, few people with diabetes actually know how important it is. So let’s go back a few steps...

Blood sugar after a meal is called postprandial blood sugar. So the opposite, namely before a meal, is called preprandial.

Usually, blood sugar starts to rise 10-15 minutes after a meal and reaches its peak after an hour. However, these are just approximate guidelines as PPG (postprandial glucose) depends on several factors, such as the type of food consumed.

For people without diabetes, their blood sugar returns to near normal range about 1-2 hours after eating as a result of the effects of insulin. Also, their blood sugar levels typically don't climb as high as people with diabetes because insulin is immediately delivered into their circulatory system while eating.

In the past, postprandial blood sugar didn’t get the attention it deserved but thankfully that has changed. Studies have shown that postprandial blood sugar levels are significant for HbA1c, so even if glucose spikes after eating are only brief, they still have the potential to raise HbA1c over the course of the day(1). Most people with diabetes do check their blood sugar before a meal but not afterward or they leave it until the next mealtime. By that time blood sugar is again within the normal range yet, in the meantime, a huge rise in blood sugar may have gone undetected and remained high during a long period. As long as glucose remains unchecked after eating, major fluctuations can go unnoticed. Other studies(2) have revealed that a sharp increase in glucose after eating may influence the occurrence of resulting complications such as diabetic retinopathy.

How to deal with high postprandial blood sugar levels

Obviously, check your levels first meaning at least 90 minutes after a meal. Why? By that time rapid-acting analog insulin has reached its maximum effect (as opposed to normal insulin that not only takes longer to have an effect but also acts longer.) By the way, the blood sugar reminder in the mySugr app is a great way to check your glucose after a meal. After all, no one can be expected to remember everything! Just set the reminder for a specific time and you’ll automatically be reminded. If you have type 1 diabetes, your blood sugar should be between 5 and 9 mmol/liter at least 90 minutes after eating (see NICE Guidance for type 1 diabetes in adults, 2016). Of course, your doctor may recommend another postprandial level according to your personal needs and state of health

If it’s still too high then you should look into the causes such as:

In brief, the IMI (also called pre-bolus) represents the period of time between mealtime insulin (bolus) and the meal. How long should this time period be? That’s an individual decision to be made after consulting a doctor because everyone reacts differently to food and insulin.

There’s no denying that a longer IMI can sometimes be really tedious and irritating; it’s not always realistic when you’re eating out or suddenly feel like a snack.  After all, who has got the time or the patience to wait? But it’s precisely thanks to today’s rapid-acting insulin (analog insulin) that it’s possible to inject either quite quickly before or immediately after eating. This can help blood sugar to return more quickly to its normal range after eating. Nonetheless, even rapid-acting insulin comes with the recommendation of keeping to a small IMI (of course this is individual and also depends on, for example, food type).

Inject and eat at once?

Sounds heavenly, doesn’t it? Personally, I’d go for such a perfect insulin. Don’t get me wrong, I’m happy with my rapid-acting analog insulin but I’d love an even quicker effect; I need an IMI of at least 15 minutes to get satisfactory postprandial blood sugar levels. Wouldn’t it be great to be able to inject and for the insulin effect to be felt almost immediately? I think some of you might know this situation: You’re starving and order a huge plate of food. You inject your insulin before the meal but then get full after eating only half of the food. With only half of the carbs eaten, but all of the insulin on board, you’re in trouble! Hello, hypo! Time to find some more carbs, whether you’re hungry or not! And even under normal circumstances, wouldn’t it be fantastic if blood sugars returned to target even faster after eating? I’m getting ahead of myself…..

We’ve come up with something to ensure you can easily keep an eye on your glucose levels after eating. As of January 2018, the app will contain the following new feature:

Do you have trouble remembering to check your blood sugar after meals? No problem. Our  Snack`n Check Challenge might help. Finish the challenge successfully and you´ll get one month of mySugr Pro for free.

*only UK and Germany

Isn’t it super practical to cast a glance and see if your glucose levels after breakfast, lunch, and supper are in the green area? We’ve tinkered with the PDF reports (you´ll find them in the menu --> Reports) and prepared a lovely overview just for you.

This post has been sponsored by Novo Nordisk. Novo Nordisk has had no involvement in the writing of the blog and no editorial control but have checked content for accuracy. 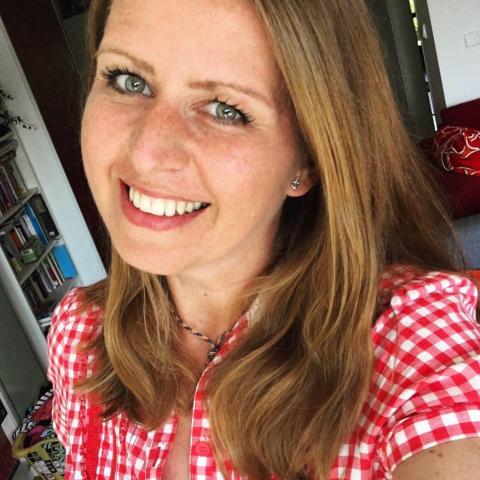 She's a diabetes veteran, Nutella lover and pump user all rolled into one. Ilka is mySugr's communications person for the German side of things and in her spare time writes a blog www.mein-diabetes-blog.com